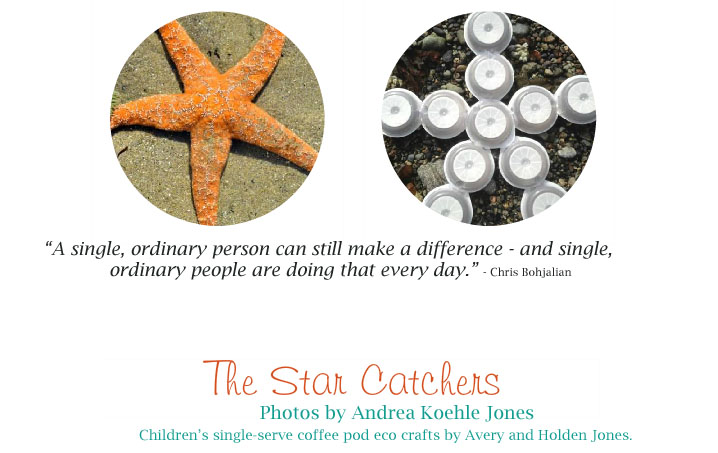 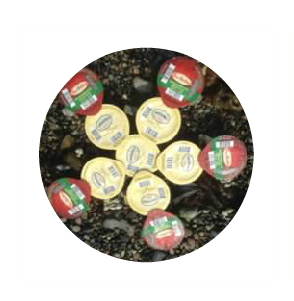 Where have all the starfish gone?

Every week I take the kids to the far side of the island to look for sea stars. We have been looking since last fall without success. It feels like the starfish are canaries in the coal mine of the ocean and that’s something to feel sad about and pay attention to.

The Pacific coast of North America is currently experiencing Sea Star Wasting Syndrome.  Scientists began reporting on sick and dying sea stars in early September 2013. The cause is still unknown but it makes sense that the massive amount of garbage in the ocean can’t be helping.

I think there has never been a better time to share the Starfish Story with children. This is a  beautiful story to remind us of the power of ONE.

ONE person can make a difference, ONE family can make things better  ~ all it takes is ONE little change. 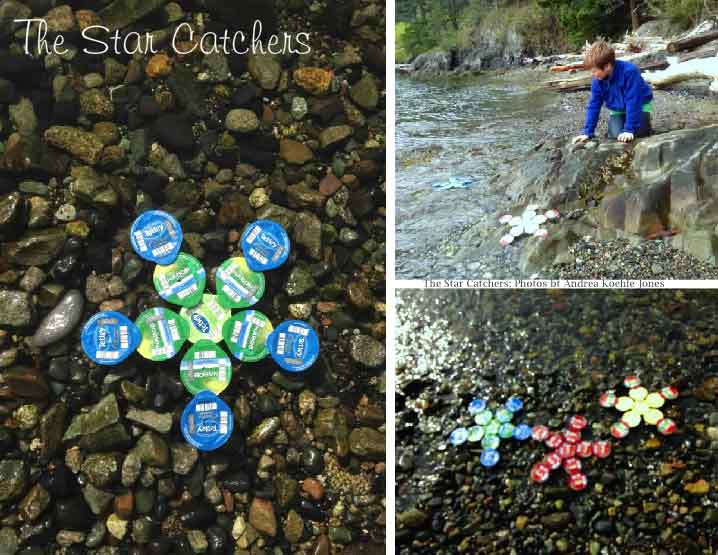 Once upon a time, there was an old man who used to go to the ocean to do his writing. He had a habit of walking on the beach every morning before he began his work. Early one morning, he was walking along the shore after a big storm had passed and found the vast beach littered with starfish as far as the eye could see, stretching in both directions.

Off in the distance, the old man noticed a young boy approaching.  As the boy walked, he paused every so often and as he grew closer, the man could see that he was occasionally bending down to pick up an object and throw it into the sea.  The boy came closer still and the man called out, “Good morning!  May I ask what it is that you are doing?”

The young boy paused, looked up, and replied “Throwing starfish into the ocean. The tide has washed them up onto the beach and they can’t return to the sea by themselves,” the youth replied. “When the sun gets high, they will die, unless I throw them back into the water.”

The old man replied, “But there must be tens of thousands of starfish on this beach. I’m afraid you won’t really be able to make much of a difference.”

The boy bent down, picked up yet another starfish and threw it as far as he could into the ocean. Then he turned, smiled and said, “It made a difference to that one!” ~ by Peter Straube,  adapted from  The Star Thrower, by Loren Eiseley. 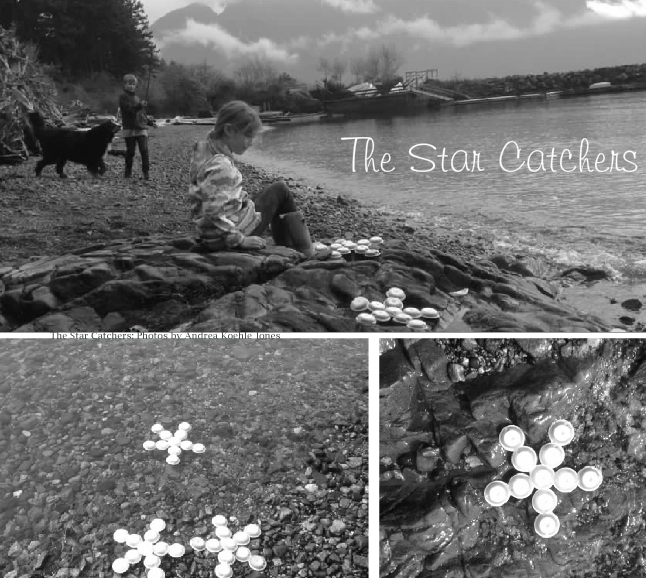 Several thousand kilometers off the coast lies The Great Pacific Garbage Patch – home to 3.5 million tons of trash – 90% plastic. Inspired by our concern for the health of the starfish and all the creatures in the ocean, we decided to take on a project to reduce our garbage. The idea came from our son Holden who told us about a documentary he saw at school called The Clean Bin Project. It’s about a Vancouver couple who embarked on a year long journey to reduce their garbage to zero.  We watched the film as a family and became inspired to come up with our own way to cut down on waste and reduce wastefulness.

Our Pledge: One family, One month, One Garbage Can

Andrea is the Founder and Executive Director of The ChariTree Foundation and Love Trees and she wrote the children’s tree planting story book The Wish Trees.

You can follow any responses to this entry through the RSS 2.0 Both comments and pings are currently closed.